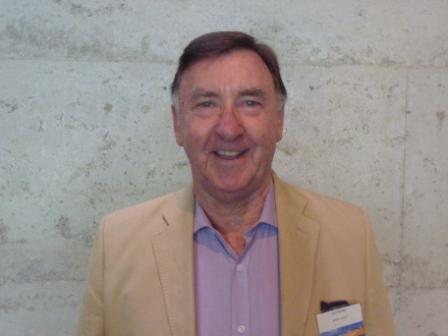 Kim has been a member of AFSA since 2003 and served as W.A. President from February 2007 to February 2009 when he became an AFSA Board Member.

Kim serves as the AFSA Chair from 2018 - 2020 and continues as a Board member for another term.

Established in 1926, Baileys are an ISO9001 Quality Assured company servicing a broad customer base including turf, horticulture, forestry, production nurseries, schools, pastures and the domestic market.

Appointed to the Governing Council of Challenger Tafe in January 1998, Kim served until July 2006, and as Deputy President and Chairman of the Planning and Development Committee from 2002 to 2006.

Kim was elected to the Shire, now City of Rockingham in February 1981 and re-elected in May 1985. He served as Deputy President from May 1985 until his resignation in September 1985.

Kim was inaugural President of the Turf and Landscape Industry Association from 2001 until its cessation in 2010.

An inaugural member of the Fertiliser Action Plan Committee in W.A.

Kim is an industry representative on the University of Western Australia Turf Research Group and the South Metropolitan Urban Users Working Group.