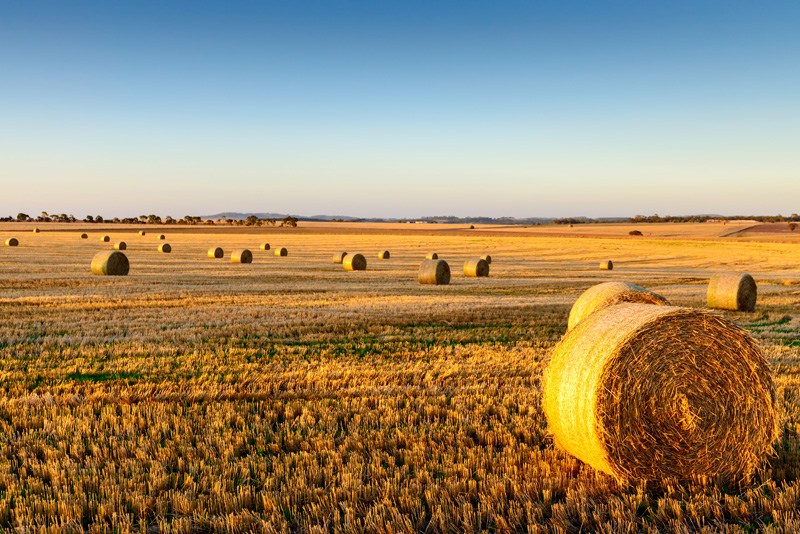 At the age of 24, Paul McDougall entered the fertiliser industry as a spreader driver with Peter Hall and some thirty years later, the McDougall family are now running their own spreading and bulk cartage business at Scottsdale in the north east of Tasmania.

Working alongside Paul are his two sons, Aaron and Brody, however they also employ seven full time staff and a variety of seasonal workers to meet the demand at different times throughout the season.

In his earlier years, Aaron worked in retail while at school and then became a department manager with Woolworths after finishing Year 12, “I had no interest in returning to the country and the family business. Life in the city was far more exciting, but over time the pressure and demands of the corporate world became too much and I thought returning home would be the answer,” said Aaron.

So in 2008, as a 21 year old, Aaron returned to Scottsdale and over time has progressed to managing the fertiliser and bulk cartage side of the business, which includes six spreader trucks, four semi trailers and management and motivation of staff.

Aaron discovered that he had a change in thinking as the years progressed, “I have found that I do now like managing the pressure, particularly problem solving and logistics. The hours are long and it is hard work, but rewarding. When you get to the end of the season and as a team we have ticked off the list, we see what we have accomplished and knowing that it has all worked out pretty well, gives me a great sense of achievement.”

Scottsdale is a very diverse agricultural region, including pasture production for livestock and a wide variety of crops, including onions, poppies, potatoes, pyrethrum but this diversity has allowed Paul and his brother to enter the world of primary production themselves.

Separate from the fertiliser business, they run a mixed farm which includes 700 acres of potato production and this helps to give the McDougall’s a good understanding of the challenges faced by many of their clients and of the need to embrace technology and the efficiencies it can bring.

In the nine years that Aaron has been involved in the business he has seen farming practices change dramatically, and he believes as an industry, fertiliser service providers must keep up with technological improvements to ensure that they are not being left behind and to ensure that they have the ability to meet their client’s needs.

Aaron often reflects on a story that Paul tells about the early days in business, “In the first month the fuel bill came in and it was a struggle to pay it, in fact it almost broke the business before Dad began. But through hard work, he was able to survive and build it to the point we are at now. Dad has always taught us that you don’t get something for nothing, and you must earn whatever comes your way – not to expect anything delivered on a silver platter. It makes me proud to work alongside Dad and Brody and continue to build on what Dad started all those years ago.”

Aaron has a few personal goals for the future which include paying the mortgage off on the house he shares with wife Robekah, a bio-medical scientist, and somehow finding the elusive work-life balance.

A broken ankle sustained during a free-style motor cross event forced Aaron to have ten months away from work and make the decision to give up this as a hobby, now Robekah and Aaron enjoy spending time together doing the occasional mountain or motorbike ride.

When asked about something that other AFSA members may not know about him, Aaron was a little hesitant to share that he has some musical talent, including playing the drums, guitar and also doing some vocals – wonder what the chances are of him playing us a few tunes at the upcoming Annual Conference?

McDougall Fertiliser Services
Scottsdale
Tasmania
Mobile: 0488 223 242
Email: This email address is being protected from spambots. You need JavaScript enabled to view it.