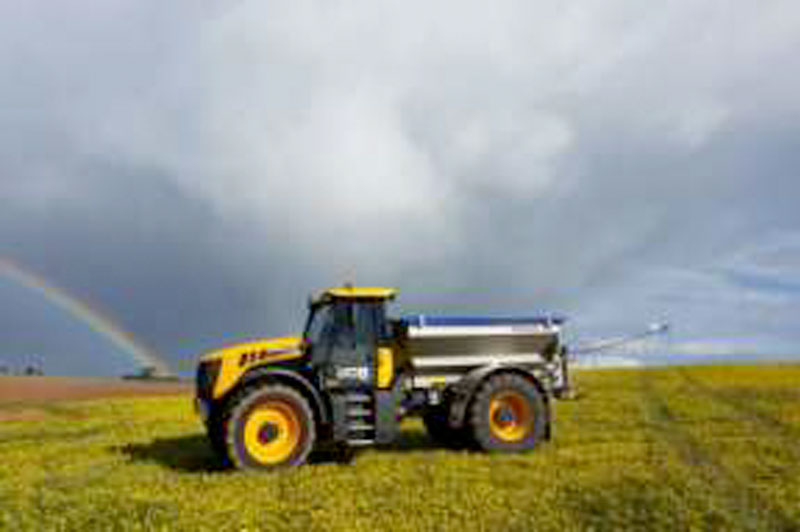 After spending many weekends bouncing around paddocks in the spreader with his father, Colin, it was simply a natural progression that saw John Crossling become involved in the Fertiliser industry and take up driving the spreader himself.

Crossling Contractors commenced business in Naracoorte in the late 1970s with Colin Crossling being the sole owner/operator with one spreader and a truck.

Forty years later, it has now grown to the stage where they have four spreaders, seven trucks and seven permanent staff members, and are in the process of employing another casual to assist with the demand for the coming months.

In this time it has remained a strong family business with Colin and his two sons, Damien and John all playing important roles.

According to John, "We all do our bit to keep Crossling Contractors running and expanding, none of us could run the show without the others. On the job training, numerous licenses and Fertcare certificates have allowed us to grow the business to where we are now."

John joined the business in 1996 as a spreader driver and is now a director of the company, whose main responsibilities are business and logistics but this still involves plenty of spreader driving.

Being in such a diverse farming region, the Crossling's have many small clients, most of which are mixed farming businesses who require fertiliser spreading and grain cartage, however their work also includes onion, grape, lime and gypsum cartage, palletised seed storage and distribution.

By focussing on doing a good job and delivering outstanding service John believes you will gain repeat business from your customers and by being true to this philosophy the Crossling's have been able to maintain their passion for the industry.

"Even at the end of a long day or night, you can see what you have achieved, and every now and then you receive a phone call thanking you for getting the job done on time. They realise that you have gone the extra mile to get the job done, and that is really rewarding" says John.

Rising costs and governments are two of their major concerns, both for themselves and their clients. Being mindful that farmers are possibly not getting paid what they need to for their produce and with costs rising every time new equipment or parts are purchased, John believes that being more cost efficient through the use of technology and innovation is the way forward for the industry.

John's advice for those starting out in small business is, "Be very aware of everything involved, do your homework and have a sound understanding of what you want to achieve, it's a tough gig and not for everyone. There are days where I think it would be much easier to work for someone else and have less worry"

However, after so many years in business, the Crossling's are aiming to keep progressing, slowly expanding and turning over their equipment to ensure they can offer the best service possible to their clients.

Despite this commitment, John is not planning on driving a spreader when he is Colin's age and is beginning to make plans for spending more time with his wife Lauren, and their two small children and life after contracting.

For now, they have organised a months holiday, which he has never done before and then maybe clearing some time to start that brewery that he keeps talking about doing with one of his close mates.

"Neither of us has time but it is still a pipe dream! Watch this space." he says.

Crossling Contractors
46 Butler Terrace
Naracoorte, SA, 5271
Mobile: 0407 399 670
Email: This email address is being protected from spambots. You need JavaScript enabled to view it.